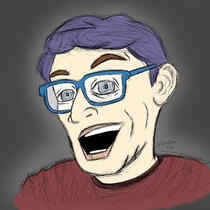 TroytlePower is a guy with too many ideas and not enough time.

The biggest and best way to support me is by chipping in on my Patreon, but it'd also be amazing if you wanted to buy some of my designs on shirts or cups or whatever at Redbubble and TeePublic!